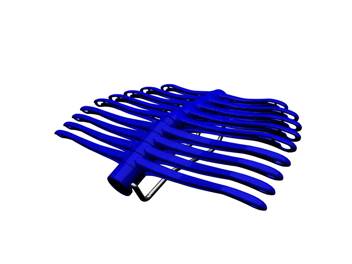 What is the Manta difference?

Unlike traditional saddles, we don’t rely on sit bones, and a nose, to support the rider’s weight.

With advance in medical technology, we have greater understanding of how we are affected. A great deal of research has been conducted on the effects of cycling on riders, with a focus on the saddle, the weakest link in an otherwise healthful and joyful activity.

Any pressure on the perineum is too much, so remove the nose! Sure, but the support you remove, needs replacing.

Numerous studies link the use of traditional saddles with even long-term damage to areas involving the perineum, which were not evolved to take a human’s bodyweight, around 7x bodyweight riding over potholes, kerbs, speed bumps, etc.

Riders are now more aware of problems caused by saddles, negative health impacts that were simply tolerated, for so long.

The Manta is a dynamic surface in harmony with the limbs.

This allows for a multiplying of the support area away from the pudendal area, alleviating pressure points, allowing increased blood flow, with benefits, on and off the bike – and your backside won’t feel like it’s been on a bike, however many miles you ride.

The design provides not just a reduced-decrease of bloodflow compared to other seats, the Manta provides a measurable, and significant increase in blood flow during riding, the same increase found in sports other than cycling.

By optimizing the base connection between rider and bike, a Manta removes pain that can affect stamina. This is very relevant for static bikes, and e-Bikes, and removes the urgent need to dismount to avoid numbness, and recover butt composure.