Beware of cut-price goods, unrealistic claims may lead to disappointment, we don’t want that

Our reject stock, sold as ‘MantaB’ on eBay, is not the same as the production Manta, as claimed, they differ in both material and significant design details.

The batch of ‘MantaB’, is substandard due to random brittleness of construction, the design is from 2014, without updates.

Because of the misleading claims, for the product’s sake, and our customer’s expectations, we’ve released a short video of a material comparison test, from 2015, and pictures of parts, compared.

We manufacture our own designs, parts are made exclusively for us, once it was clear that this batch was not as specified, we tested, and put it in the bin, the seller is aware of this.

The standards for quality control (QC), were set with DuPont, and our tooling and manufacturing partner’s Protomould, during development.

We set the QC standard.

The claim: “We stress-tested every single component – something Manta had not done [see video] we repeat the same tests when assembling each saddle, so every part is tested twice.” – this is so mindfully wrong, it makes Jon grumpy.

The reality: that’s not possible, to (stress) test a plastic part you take it beyond its plastic limit – beyond the material’s elasticity, flex and recover, until it bends safely, as expected, or snaps, a catastrophic failure.

If enough parts fail, there’s no choice but to assume the whole batch will be the same.

Once tested, parts are no longer viable, either way, pass or fail, it’s bent.

As the percentage of plastic reduces and is replaced with ‘a contaminant’, then it becomes less malleable, less ‘plastic’.

This led to a likely explanation as to why the batch failed, why we insisted on caution with sales transparency, but he said, on leaving: “I will do as I please”. We wonder what that really meant.

Since 2015 experience, took over the material supply, and have had no issues since.

Basically, if you don’t break parts it’s not a test, it is a massage.

Polypropylene is a tough, malleable plastic, one of the lightest, and most resilient, these are the material’s expected attributes, shattering is not. Our not being aware was brief – unlike the seller’s desired impression – we caught the problem nine sales in, and they were immediately recalled and replaced. He was working with us around then, it seems he forgot about that.

The 2015 batches were due to be returned, then were taken as ‘seconds’, against our better judgment, but with honesty about the restrictions, and lots of spares, they were good enough for light use, demos, or static training cycles.

We have the most supportive, and unique bicycle seat, in the world.

Jon built Manta™ out of necessity and went on the road to attain proof-of-concept, manufacturing design, final R&D, and so begin production in Fife, market testing from Edinburgh, and a safety net free launch into the market.

Jon was approached and offered a place in comparative saddle trials at IMAR. They added bloodflow analysis for us, all of which resulted in: “[the] MS9 markedly outperformed a wide range of saddles on test, it is also reported [the hospital, borrowed spares, tried by groin, post-op patients] to have potential therapeutic effects” – researcher, founder and head of IMAR, Prof Rami Abboud kindly made all this happen, along with Dundee University, and hospital.

eBay seller claims: “the Manta is a great saddle”, we agree on that

For riders who want the latest MS9 for less, and don’t mind a little patina

~ sensitive material below for those with material sensibilities ~

Assembly breakdown: safely bent parts are pure U77A, we
hammered an assembly, the middle parts are of b-grade material

Assembled selection of original and 2015, hit with hammer, 2015 shattering

Soft-Grip™ designed specifically for the ischial zone, it optimises the design
detail upgrade in 2019 meant possible rotation was resolved 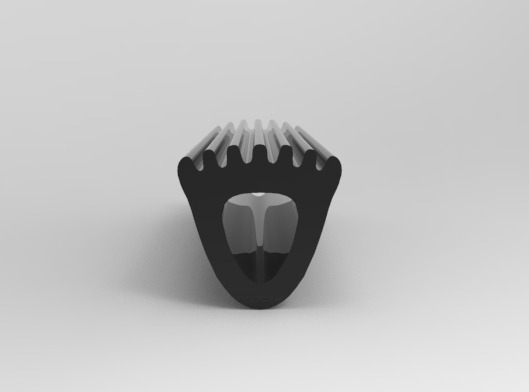 2018 Soft-Grip™ tough, soft, grippy, updated in 2019
trialled as plain, extruded tube, silicone was ideal, so it was designed for the application 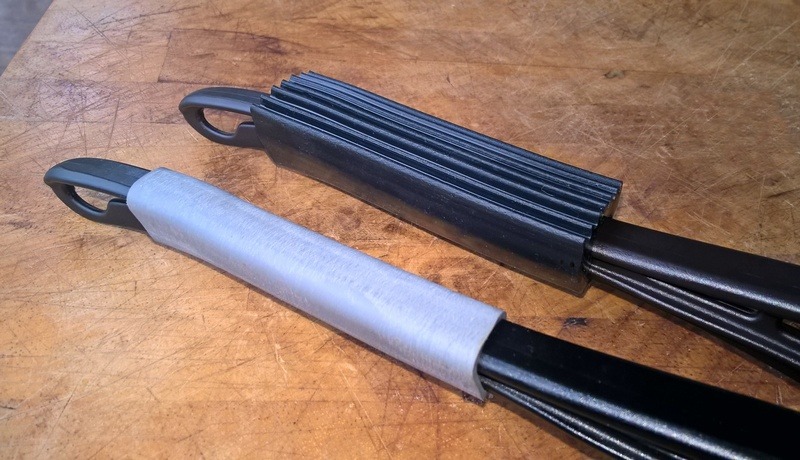 independent design, funding, development and manufacture, with a lot of help